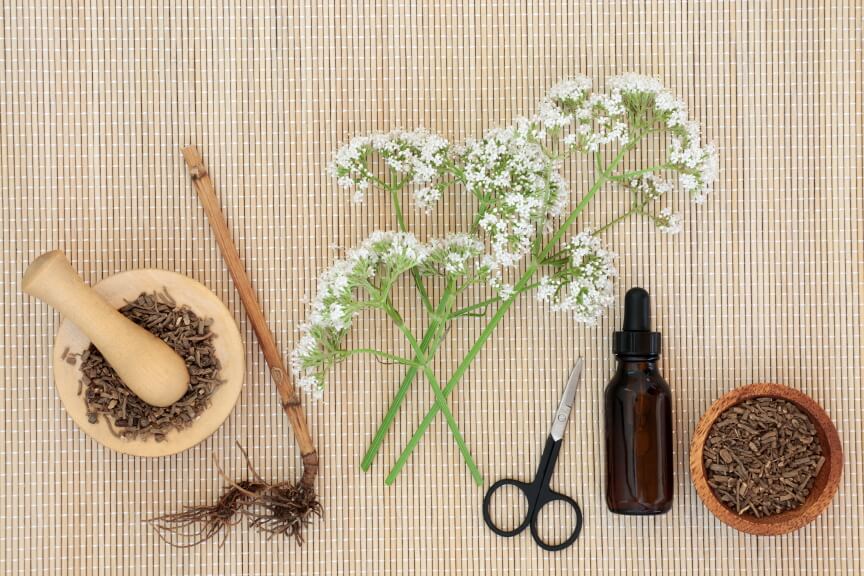 Valerian root is the most popular sedative and anti-anxiety herb in European herbal medicine. Ayurveda favors it, too. This remedy is a medium strength herb, which makes it quite suitable for self-care – its potent enough that you don’t need a high dose, but not so potent that you could accidentally take more than you needed.

Americans, though, are used to drugs for sleep and anxiety. We often expect valerian to work like a pharmaceutical sleeping pill- one little capsule will knock you flat until dawn. Valerian is very effective, and does not produce the hangover feeling common with drugs, but we often need to take a bit more than we might have thought at first.

A study published in Phytotherapy Research showed that 19 patients with stress-induced insomnia who each received just 600 mg of valerian per day for 6 weeks had significant reductions in total stress and insomnia. The majority had no side effects whatsoever.

To take the edge off of daily anxiety, valerian works well at 1-3 grams (equivalent to 1-3 droppers full – not drops – of tincture, up to 3 times per day. For sleep, many people need to work up to as much as 10g (2 tsp tincture), as one dose at bedtime, for complete effect. Then we begin to feel the benefits of valerian the way the Europeans use it. The herb takes effect very quickly, in perhaps 15 minutes.

Valerian tends to act for a relatively sort time, often about 4 hours. Many people keep another dose on their nightstand to take if they awaken in the middle of the night.

Get 3 FREE Checklists to Evaluate Your Stress & Anxiety!