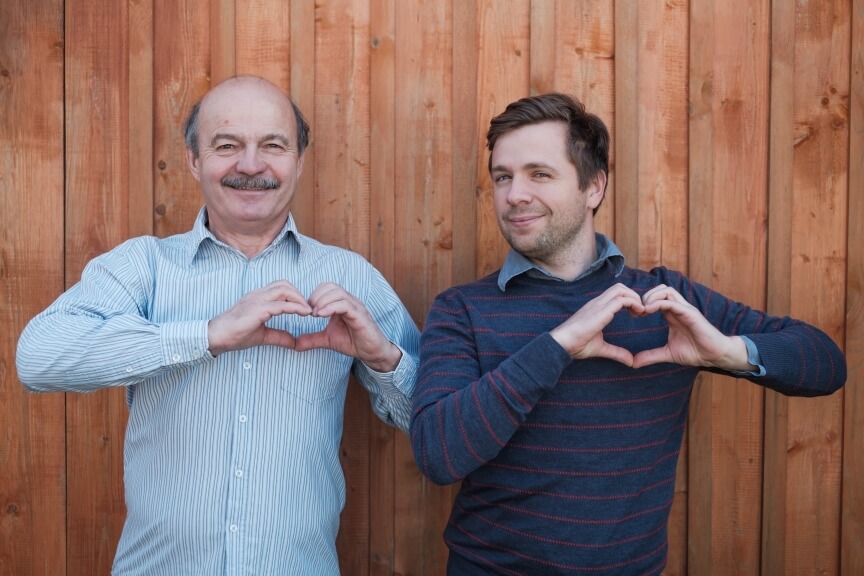 There are three herbs that every man should consider taking for overall health and wellness — ginseng, ashwagandha, and hawthorn. Used for centuries in Ayurvedic and Chinese medicine, these versatile botanicals work in unique ways to boost health and stamina in men. They also help target top male concerns such as high blood pressure and erectile dysfunction. Here’s what you need to know about each herb.

1. Ginseng
With wide-ranging action, ginseng (Panax ginseng), also called Asian ginseng, has been shown in human studies to have an anti-stress effect; improve physical and mental performance, memory, and reaction time; and to enhance mood. Ginseng increases physical working capacity in humans in many ways, including by stimulating the central nervous system, and regulating blood pressure and glucose levels. The herb boasts particular benefits for men. A study in the International Journal of Impotence Research found that active constituents in ginseng had significant benefit for ED. Other research supports these findings.

In a review of research on ginseng and fatigue from the Journal of Alternative and Complementary Medicine, a preparation of Asian ginseng, vitamins, and minerals, was tested among people who complained of daily fatigue. Those taking the supplement demonstrated improved energy, better concentration, and less anxiety.

A separate study from the American Journal of Chinese Medicine tested whether ginseng extract would influence exercise-induced muscle damage and inflammation responses. Male college students took either ginseng or a placebo, and then performed a high-intensity uphill treadmill running task. In those taking ginseng, inflammation markers were significantly decreased during recovery, suggesting that ginseng could reduce exercise-induced muscle damage.

Dosage: Ginseng is generally indicated for daily, consistent use in moderate doses. Do not use ginseng as a short-term stimulant. “Ginseng and other adaptogens work best after long-term use (one to three months) by regulating hormone levels and other biological functions to protect us against the damaging effects of chronic stress,” says herbalist Christopher Hobbs, author of The Ginsengs. A typical dose is 4,000–6,000 mg per day.
Eleuthero, a distant relative of Panax ginseng, has been used in Chinese medicine for 2,000 years. Eleuthero, also called Siberian ginseng, has been shown to enhance physical performance in several studies. Research shows it has antioxidant, immune-boosting, and cholesterol-lowering properties. A study in the Journal of Ethnopharmacology concludes that the active constituents, eleutherosides, alleviate both physical and mental fatigue. Use 2-3 grams per day of powdered root in capsules.

2. Ashwagandha
Ashwagandha (Withania somnifera), used widely in Ayurvedic medicine, holds a similar role to that of ginseng in Chinese medicine. Though unrelated to ginseng, it appears to share similar properties and actions. Ayurveda considers this herb to be a rasayana, or particularly powerful “rejuvenative.” The name ashwagandha means “like a horse,” denoting its effectiveness as a premier sexual tonic.

Ashwagandha’s reputation as a sexual enhancement herb is supported by research, particularly for men. One study showed that extracts of ashwagandha increased production of sex hormones and sperm, presumably by exerting a testosterone-like effect. In another clinical trial, the herb (taken at a dose of 3 gm per day for one year) was given to healthy male adults 50–59 years of age. Among benefits noted: serum cholesterol levels decreased, gray hair was reduced, and a vast majority (over 70%) reported improvement in sexual performance.

A study in the Journal of the International Society of Sports Nutrition of healthy young men engaged in resistance training found that ashwagandha resulted in significant increases in muscle mass and strength. The researchers concluded that the herb may be useful in conjunction with a resistance training program.

Ayurveda uses ashwagandha for general debility and exhaustion, memory loss, nerve diseases, cough, anemia, and insomnia. Modern clinicians are likely to prescribe it for chronic fatigue, anxiety, insomnia, and heart and vascular disorders, often combined with arjuna bark extract.
Dosage: A typical dose is 1 gm per day, taken over long periods—up to many years—as a rejuvenator. Larger quantities (1–10 gm per day) are often used in Ayurveda short-term for acute conditions.

3. Hawthorn
Keeping your blood pressure under control is critical. Native to the temperate regions of the Northern Hemisphere, hawthorn (Crataegus monogyna) is an herb that may help reduce resistance in arteries and improve circulation throughout the body in men and women. Several studies have shown that hawthorn extracts benefit blood pressure, including a study from the British Journal of General Practice that successfully used hawthorn to lower blood pressure in diabetics.
Hawthorn is widely regarded in Europe as a safe and effective treatment for a variety of heart and circulatory disorders. A study of angina patients showed lowered risk of atherosclerosis and heart problems after 12 weeks of taking hawthorn extract.

The plant contains an assortment of bioflavonoid complexes responsible for the actions of this herbal medicine. The berries have been used traditionally, but research confirms the content of active ingredients in the plant as well.
Dosage: A usual dose is 80–300 mg in capsules, two to three times per day. As a tincture, take 4–5 ml three times daily. If you are using the berry in capsules or tea, the recommended dose is 4–5 grams per day.