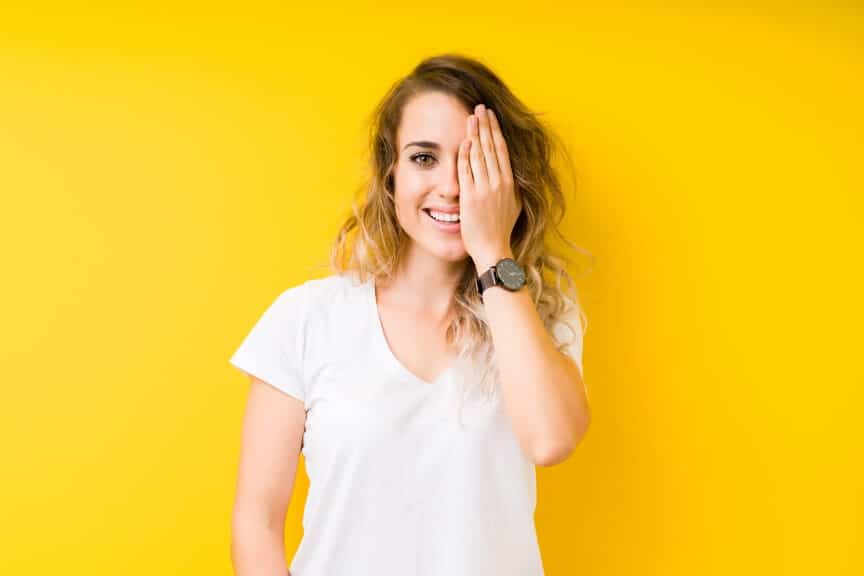 We can’t argue about getting older, but just maybe we can keep our eyes from aging quite so fast. Eye health, like the health of any other part of the body, is very closely connected with total body wellness. Contrary to popular notions, this has been born out in several scientific studies with thousands of patients over many years.

Remember that spectacles, contact lenses, and laser surgery don’t heal the eyes and vision. It’s easy to view the eyes as machines that fail, and can then be crutched up by helpful devices. Eye diseases, particularly those assumed to be “inevitable” as we age, can be prevented in the majority of cases.

Robert Landis, 45, a computer executive in Seattle, has been nearsighted since the age of 28, but he has been getting consistently weaker prescriptions for eyeglasses each year since he began using herbs for other purposes (to enhance digestion, increase circulation, heal injury, lubricate joints) during the past six years. His nearsightedness is reversing itself. And he wasn’t even trying. Today, Robert doesn’t wear glasses, either. Robert’s ophthalmologist had never seen a reversal of nearsightedness before, and he’s practiced for over 30 years.

An extract of Bilberry, a blue-black berry similar to the American blueberry, contains powerful antioxidants that prevent free radical damage to cells and capillaries that can weaken their membranes. The result- a more flexible capillary and cell walls. The retina is one of the most capillary-rich parts of the body. If capillaries can stretch without breaking or leaking, blood flows better through the capillaries that feed the retina. Also, if cells are more flexible, they can squeeze through small capillaries and maintain their integrity. This results in improved vision.

Bilberry is especially noted for improving night vision. It also prevents degenerative eye disease and increases function of the color-sensing cones of the eye, improving the brightness of the image and increasing visual acuity. Bilberry may help prevent cataracts and excels in treating glaucoma.

Apparently, the components of bilberry fruit responsible for its benefits are anthocyanosides. For general eye benefit, take a 60-120 mg daily dose of bilberry extract (standardized to 25% anthocyanosides), or up to 240-480 mg per day to treat active eye disease. The entire blueberry family, which includes huckleberry and cranberry, probably works just as well, is more available, less expensive than costly high tech European standardized extracts, and tastes good, to boot!

Ginkgo Biloba extract (50:1, 24% flavone glycosides), boosts circulation, especially to the brain/head area, it is also excellent for increasing blood flow to the eyes. Like bilberry, ginkgo contains antioxidant compounds that protect cell membranes and venous integrity, improving their flexibility as well as resistance to free radical damage. Lisa Meserole, N.D., immediate past chair of the department of botanical medicine at Bastyr University, told me personally that she began to see the benefit of Gingko for presbyopia, the farsightedness of aging, when she noticed that her office staff members, who were taking ginkgo for other reasons, began to see better.

As she gave them larger doses, several began to read again without their reading glasses. As she began to give this herb to patients, she saw the good results duplicated. Ginkgo extract is most often taken in doses of 120 mg daily.

Amla fruit (Emblica officinalis) is a strong rejuvenative, and the primary eye tonic medicine in Ayurveda. Amla generally benefits the eyes, and is known to improve eyesight, say Ayurvedic herbal experts. Amla is a potent inhibitor of free radicals, which is one cause of cataracts. The fruit is the richest known source of naturally occurring vitamin C. Esteemed herbal eye expert Dr. Alan Tillotson confirms that amla is generally considered to be good for all types of ametropia (focus disorders like nearsightedness). The dose is 250 mg. to 1 gram per day for one to two years or as needed.

Macular degeneration is the leading cause of severe visual loss in the United States and Europe in persons aged 55 and older. There is a strong correlation with the incidence of atherosclerosis. The Ayurvedic tonic Ashwaganda (Withania somnifera) treats this disorder. Also try Turmeric, the classic treatment for all “leaky” conditions. An astringent, it helps curb bleeding or other fluid excesses, in “wet” macular degeneration.