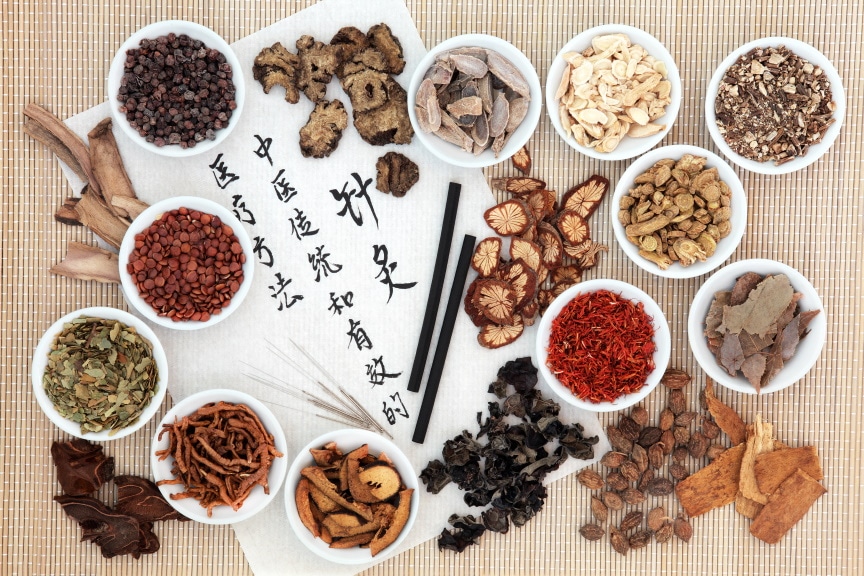 Traditional Chinese Medicine (TCM), alongside Ayurveda, is one of the two oldest established paradigms of herbal medicine that people still practice. “It is the second-largest medical system in the world after Western medicine,” according to Alan Tillotson, Ph.D., R.H., a Chinese herbalist in private practice in Wilmington, Delaware, and a prominent member of The American Herbalists Guild.

The history of Chinese herbalism is one of persistent and ongoing processes of observation and refinement of ideas in the real world. Centuries of formulation of theories, and testing of these theories in practice, have resulted in the system we recognize as Traditional Chinese Medicine today.

Fundamentally, the ancient sages concluded that “like increases like”. In other words, an external factor, when introduced to the body, will create a similar reaction in the body of the person experiencing the change. For example, going out into the cold weather will make your body cold. Battling the wind will make your metabolism instable. Eating heavy food will make your body heavy. This seems obvious on the surface, and it is ultimately pretty easy to grasp intuitively, but putting together all the intricacies of every possible effect of every possible natural medicine on every possible person is a daunting task. This metaphor of energetics creates a system that is complex enough to represent the tremendous complexity of the human being, yet simple enough in concept to be useful.

Energetic evaluation of the body is based on experiencing the body with the human senses. Since everyone experiences the world in subtly different ways, it takes centuries, potentially, for a consensus to develop among practitioners about any given remedy. It creates a structure in which herbs can consistently be identified and understood. According to energetic systems, including TCM, the sum total of an herb is the important consideration.

For example, we may know from modern science that an herb has antibacterial activity. We want to give that herb to treat an acute bacterial infection. But we also know that the herb tends to increase body temperature- it is “hypermetabolic, or “hot”. If the patient has a fever, or is a person who is particularly prone to develop inflammation that is difficult to control, we would think twice about using that specific herb. It might kill the bacterium very nicely, and treat the infection, but the whole person would be worse off as a net total than before we started. Instead, we would seek out an herb that would kill the infection, but which had a “cooling” energy. This difference in approach can make a world of difference in clinical practice, and gives us an invaluable tool in managing a case for the best in the long term, and in treating the person as a whole human being. We don’t want to make people better in the short run, while we make them worse in the long run.

The properties of herbs are collated systematically according to their energetics- taste, temperature, effect before and after digestion and similar factors.

The TCM system of health care begins with a differentiation of the individual’s energetic situation, starting with the most basic divisions, and extending the process of differentiation to a great degree of individuality.

TCM is based on the principle of unconditional, unifying energy of all phenomena. Called “qi” (pronounced “chee”), it is ephemeral, active, constantly changing and warm. Qi is vital energy, the basis for all organic life, and for all inorganic substances, as well. It is the animating force that gives us our capacity to move, think, feel, and work. When one is young and energetic, one has abundant qi, but as one’s qi declines with age, one becomes subject to degenerative diseases and lowered vitality. This concept of qi is the basis for the success of TCM in the area of health maintenance and longevity.

Qi is all about movement, evolution and change. It’s ephemeral, so we perceive its effects, not its substance. It is associated with movement, odor, sound and form. It is connected with the intuitive, unlimited and spiritual qualities of life. The great symbol of qi is the sun, the most unlimited source of energy we experience in daily life.

In the Chinese view, the primary principle of health is recognizing and promoting the flow of qi and eliminating its blockage. All TCM techniques, whether herbs, diet, acupuncture, or others, are ultimately aimed at balancing qi.

Each person is a garden in which doctor and patient together cultivate health. Every being has a unique ecology to be planted, tilled and tended. Like a gardener uses compost, water and weeding to grow robust plants, TCM uses acupuncture, herbs and food, seeking to tenderly nurture and nudge the entire garden back into harmony, to recover and prolong good health.