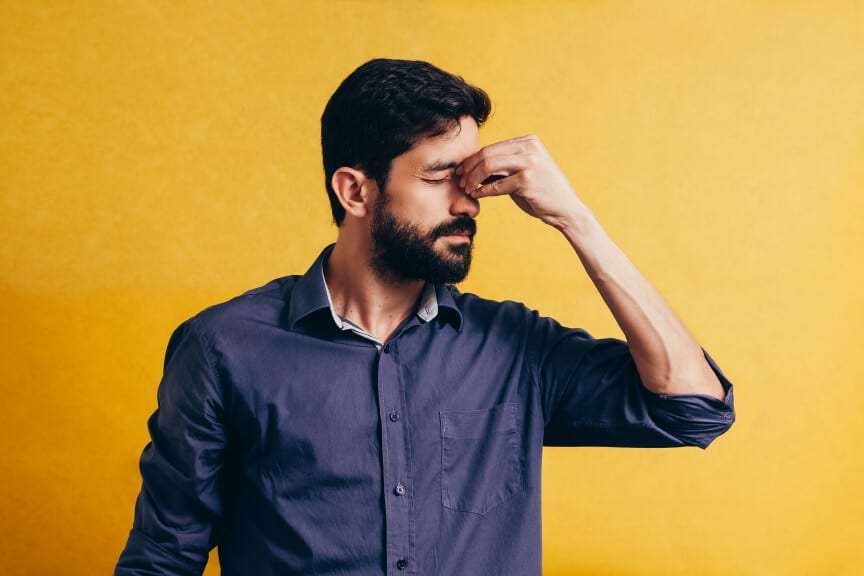 If you’ve ever felt like there’s a boxing glove up inside your nose, you have probably had the pleasure of a bout of with a sinus infection. Fortunately, botanical medicines can help in several powerful ways. Some enhance the body’s own natural defenses. Others make it more difficult for an infection to take hold and stay dug in. Many have powerful antiviral and antibacterial action. Herbs also have the benefit of concentrating their therapeutic properties in a certain system of the body.

Since the mid 1800s, (Hydrastis canadensis), commonly known as Goldenseal, has been used throughout the United States for sinus infections. Goldenseal first appeared in The American Dispensatory in 1852 and has maintained a prominent position among leading herbal medicines ever since.

Goldenseal is a premier anti-infection herb. The medicinal value of goldenseal is due to its high content of berberine, which has demonstrated antibacterial and immunostimulatory activity.

Although used for a wide variety of ailments, one of Garlic’s (Allium sativum) most significant actions is antimicrobial, due to the potent sulfur compounds it contains. It has been shown to significantly inhibit a number of pathogenic organisms while having little effect on the beneficial intestinal flora. Garlic also has attributes that support the respiratory system.

An herb seldom used medicinally in the United States, Sage (Salvia officinalis) has an illustrious history among European herbalists. With its strong antimicrobial action and pleasantly aromatic and mildly pungent taste, sage is often employed as an herbal gargle for adults.

Mainly known as a culinary herb, Thyme (Thymus vulgaris) became popular in the Middle Ages as an antiseptic. Thyme’s healing properties stem chiefly from its aromatic oils, thymol and carvacol, which produce strong antibacterial, antifungal, expectorant and respiratory relaxant activities. The volatile oils direct the main therapeutic benefits to the respiratory system. Thyme is an excellent cough remedy, stimulating the immune system and combating viruses and bacteria simultaneously. Thyme increases the fluidity of phlegm and promotes its expulsion.

Warming diaphoretics also treat these diseases. Use them when the main symptom is chills. Try Basil leaf (Ocimum spp.), which is favored in Ayurveda for reducing mucus in the nasal passages. Basil kills bacteria and stimulates the immune system. Cinnamon bark (Cinnamomum) is a very effective warming diaphoretic, used at a lower dose, say ½ ounce, or in medicinal beverage mixtures.

Another diaphoretic used extensively in Europe but relatively little in this country, Linden flower (Tilia cordata) is used for similar infections. Noted German herbalist Rudolph Weiss reports that an excellent comparative study was done with Lime blossom (Citrus aurantifolia) versus antibiotics in childhood respiratory infections. Lime blossom tea was far superior to antibiotics in decreasing the course and severity of the illness.