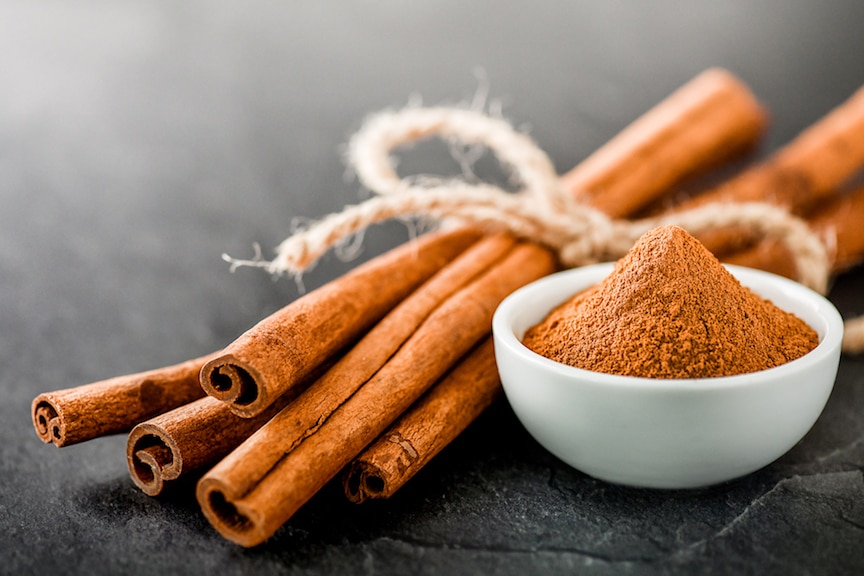 A man does not live by chocolate alone. At least, not if there’s a little cinnamon around. And this agreeable spice is not just heating up oatmeal anymore. Cinnamon is valued as one of the world’s most important spices. Recent discoveries have uncovered a host of uses for around the home.

An evergreen tree native to Sri Lanka and India produces cinnamon bark (Cinnamomum verum, C. zeylanicum, C. cassica). For spice and medicine use, cinnamon trees are cultivated on plantations in tropical regions, including Indonesia. Two year old trees are trimmed to just above ground level. When new shoots grow, the outer bark is stripped, leaving the inner bark, which is the harvested spice. The strips of dried bark curl up into the familiar sticks, or “quills”.

These days, though, authentic cinnamon seldom reaches our kitchens, especially when acquired already ground. Though not necessarily inferior, varieties of the related Cassia and Canella plants are more economical alternatives to Sri Lankan cinnamon. Few people can tell the difference. Canella, or “white cinnamon”, a different botanical cultivated in Mexico, is often marketed as “Mexican cinnamon”. Cassia, “Chinese cinnamon”, is a relative of cinnamon native to China.

Cinnamon use dates back thousands of years. Egyptians added it to their embalming mixtures around 500 B.C. Hebrews, Greeks, and Romans utilized it as a spice, perfume, and medicine. By the seventeenth century, Europeans regarded cinnamon as a culinary spice. Nineteenth century Western doctors recommended cinnamon as a digestive remedy for stomach cramps, nausea, diarrhea and colic. Cinnamon bark is a familiar ingredient in many products- toothpaste, mouthwash, perfume, soap, lipstick, gum, nasal spray and colas.

For culinary purposes, cinnamon bark is a warming spice, so it goes well in cold, sweet dishes like fruit juice and cooked grains (think cereal). Still popular in the dessert department, cinnamon spices up a sorbet dished up with an apple-quince gratin and cider sabayon spices at a Boston restaurant. Going well beyond the cinnamon stick, it is often combined with other warm spices like ginger and clove. Cinnamon figures prominently in the cuisines of North Africa and the Middle East.

In a new trend to add spices and herbs in new combinations to create dishes with bigger, bolder flavors, “sweet spices” such as cinnamon, usually used in desserts, are moving up the menu to the main course. Cinnamon is renowned for its red-hot flavor balanced by woody and sweet notes. No longer simply a baking spice, it highlights the taste of meats, poultry, and vegetables. Lately, cinnamon has been turning up to add a dash of exotic, spicy-cool flavor to a wide range of dishes. For example, one Queens, N.Y., restaurant adds walnut cinnamon croutons to give crunch to a velvety roasted butternut squash soup.

Watch out, cookie bakers. Chicago’s Smell & Taste Treatment and Research Foundation performed a study to see what scents would cause sexual stimulation. The initial double-blind study found that the smell of baked cinnamon buns had the greatest effect on men. In the follow-up study, the odor that enhanced penile blood flow the most was, surprisingly, a combination of lavender and cinnamon-rich pumpkin pie.

The bark contains cinnzelanin and cinnzelanol, both known insecticides. Cinnamon is an ingredient in many herbal formulas for lice, scabies, and other skin parasites. Put some liquid soap and cinnamon in a spray bottle. Spray it on plants as an organic bug repellent. Supposedly, sprinkling cinnamon will repel ants.

Or try this formula to disinfect any washable surface in your home.

Medicinally, cinnamon is largely known for being a muscle relaxant, so it can be employed for menstrual cramps.

Cinnamon has a long reputation for killing bacteria. It may safeguard against E.coli, a bacterium that causes food-borne diseases in 10,000 to 20,000 Americans each year. Microbiologists at Kansas State University tested batches of apple juice that contained 100 times the number of bugs typically found in contaminated food. At room temperature, one teaspoon of cinnamon killed 99.5 percent of the bacteria in three days. Since cinnamon is such a strong inhibitor of bacteria, add it liberally to your food while traveling to stave off food poisoning. A study found that cinnamon oil killed a wide variety of respiratory disease causing organisms. Another investigation done in Taiwan indicated that constituents from cinnamon had an “excellent inhibitory effect” on nine species of pathogenic bacteria.

Cinnamon is one of the most widely used natural ingredients in oral care products. With its antibiotic, anti-viral and analgesic properties, it’s tailor made for toothpaste and mouthwash.

Cinnamon bark might control blood sugar levels in diabetics. United States Department of Agriculture (USDA) scientists discovered that cinnamon reduces the amount of insulin required for glucose metabolism. The spice made fat cells much more responsive to insulin. Researchers found that the most active compound — methylhydroxy chalcone polymer (MHCP) — upped glucose metabolism roughly 20-fold in a laboratory assay of fat cells. A dose of 1/8 to 1/4 tsp of ground cinnamon per meal for diabetic patients may help to regulate their blood sugar levels.

A study found that vegetarians have high blood levels of salicylic acid, the anti-inflammatory ingredient in aspirin. Scientists suggest that this may partly explain why people who eat a diet rich in fruits and vegetables generally have a lower incidence of heart disease and cancer. Cinnamon has one of the highest concentrations of salicylic acid.

Cinnamaldehyde, one of the constituents, is sedative and analgesic. Eugenol, another compound in the essential oil, relieves pain. This herb excels in treating flu. It supports immune functions and cuts mucus.

For athlete’s foot, the essential oil of cinnamon is quite reliable. This oil is HOT, though, so you need to be cautious in applying it. Dilute the essential oil with any vegetable oil, such as almond, or hand lotion, or even rubbing alcohol. Start with a 10% solution and work up to a strength that is effective. Infected toenails will often tolerate applications of pure cinnamon oil. The thin oil penetrates very well into the tissues under the nail. Apply the oil once or twice daily.