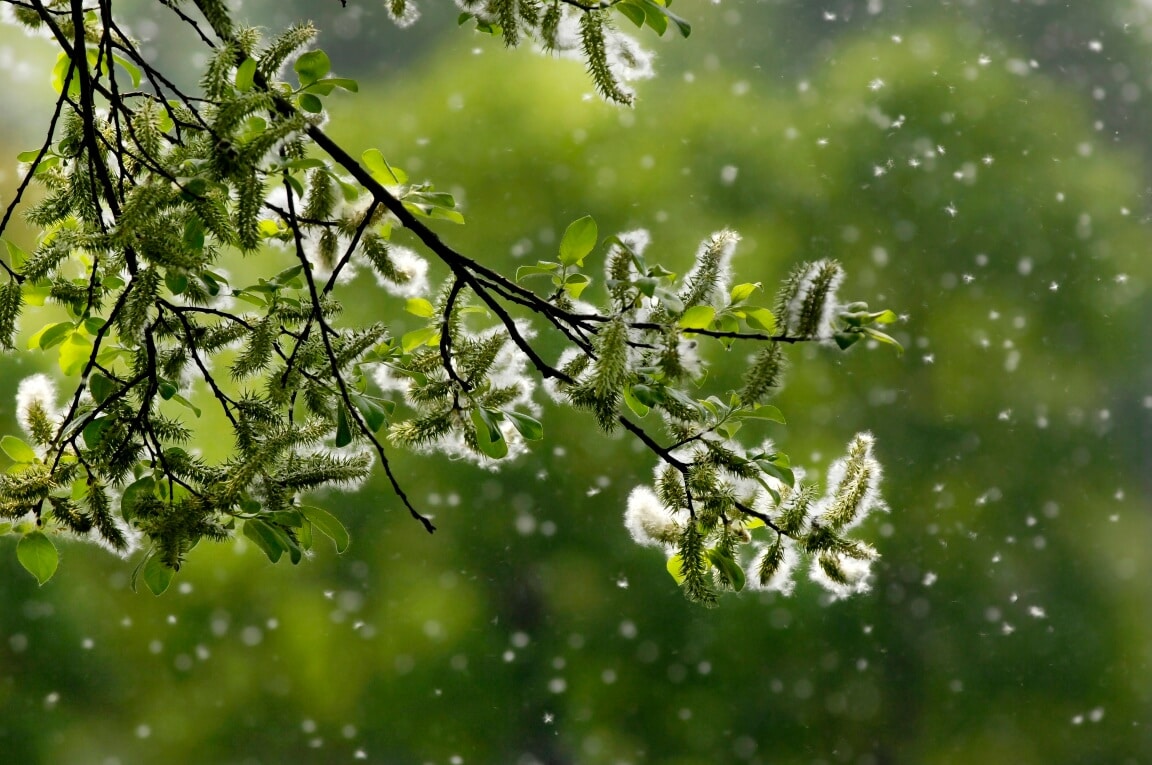 If you are among the 8% of Americans who suffer from seasonal allergies, your attention may be captured more by pollen counts than by summer barbeques. If you’re one of the sniffling, sneezing and itching eye squad, you probably rely on drugs and inhalers for momentary relief — and are likely looking for something more. And these yearly struggles with pollen aren’t just uncomfortable, they bring along some serious physical and mental fatigue.

You might want to fly to Antarctica for the season to avoid the pollen, but you don’t have to. It turns out that it is possible to step outdoors without loading up on drugs, but you have to do your homework.

When you understand what’s happening during an allergy attack, natural treatments become straightforward. Pollen granules latch onto the mucous membranes that line our nasal passages, stimulating their immune cells, called mast cells, which are loaded with histamines. These cells dump those histamines, triggering a series of inflammatory reactions intended to help the body get rid of the intruder—the familiar sneezing, runny nose and itching.

“Allergy” refers to any condition in which the body mounts an attack on a specific substance that is benign for the rest of us, such as ragweed pollen. It’s a normal immune response gone into overdrive. Well intended, but too extreme. It’s a complicated series of steps, and we can interrupt the process at many steps, so there are many natural remedies that can play a role in cutting down the misery and helping you breathe easier, even when pollen counts are at their worst.

Nettles, about 500 species of them, grow widely across the globe. For about the past 20 years, natural medicine practitioners have been experimenting with nettle leaf for allergy symptoms. Scientific research points to the anti-inflammatory properties of nettle, and studies do show that nettle produces an anti-allergy effect. One study found that nettle leaf acts against the Histamine-1 receptor and inhibits the inflammation-causing enzymes COX-1 and COX-2.

Research identifies to at least one of the active constituents, a bioflavonoid, although other authorities think it is characteristic polysaccharides, and yet others, lectins that are responsible. One thing we do know is that nettle leaf needs to be processed carefully to remain effective. Look for a high quality encapsulated product that has been freeze dried or specially processed to retain the actives. This special processing costs more, so don’t be seduced by cheap imitations.

Use nettle the way you would use an antihistamine drug, to terminate an acute attack. Many people take up to 3,000 mg per day of specially processed nettle leaf capsules to relieve the temporary symptoms of hay fever reactions. Symptoms often begin to improve within 15 minutes, and the effect typically lasts for about four hours.

Healthy foods can help allergies, too. German researchers found that people with the highest levels of total carotenoids (found in orange and yellow vegetables) and gamma-tocopherol (found in nuts, bell peppers, beans and onions) had the lowest rates of hay fever. They concluded, “High plasma carotenoid concentrations reflecting a diet high in various fruits and vegetables might have a protective effect on allergic rhinitis in adulthood.” A study performed by the Japanese Department of Public Health reported that just one teaspoon of miso per day can lessen seasonal allergy symptoms by about 41 percent! It’s all in the isoflavones, they said.

Butterbur root s one of the most promising natural allergy remedies. Boasting an enormous leaf with a three foot diameter, probably the largest leaf of all European plants, with a Latin name, Petasites hybridus, that comes comes from the Greek petasos, a hat worn by shepherds, this herb has been a major remedy since the Middle Ages. Butterbur root is used particularly in cases of acute pain of smooth muscle, such as in the urinary and respiratory tracts. This quality also makes it useful for respiratory disorders involving cough and asthma.

Swiss scientists report that seasonal allergy sufferers who received an extract of butterbur (Petasites hybridus) experienced symptom relief equivalent to patients treated with the antihistamine Zyrtec (cetirizine). The scientists compared the effectiveness and tolerability of the herb, compared to the drug in a randomized, double blind, parallel group comparison. The 125 patients were treated with either butterbur (61 patients) or cetirizine (64 patients) for two weeks. The butterbur dose (standardized to 8.0mg of total petasine per tablet) was one tablet, four times daily, for a total of only 32 mg per day.

The patients described similar symptom relief with both treatments. A follow up paper described 580 people who took 2 tablets per day for 2 weeks, resulting in hay fever symptom improvement in 90% of the participants. In 2011 and again in 2013, Korean investigators again confirmed that Petasites reduced inflammation and mucus in airway tissues. Butterbur root supplements are commonly standardized contain a minimum of 7.5 mg of petasin and isopetasin per tablet. Adults commonly take 50-100 mg twice daily with meals.